Developing Smart City at the University of Queensland Environment

There are so many things exist in this world that could be beneficial for the life of human being. Every person in this world wanted good things to come toward them and prevent anything that could harm or giving them any disadvantages to them. As a result, people are putting their efforts to give for themselves and the rest of the society to earn something beneficial, if it is possible, without dealing with any problem. However, we can’t avoid problems in our daily life, people only able to get solution as their effort in earning good things.

In these days, Information and Technology involvement is a crucial thing, since it influences our daily lifestyle as a millennial generation who are facing modernization in terms of technology. Coping up with the situation above, people these days have a fascinating concept to find a solution for their daily life and, it is by implementing Smart City. However, Smart City is still a complicated concept if we are thinking from one perspective (I mean our own perspective). So, it should be based on the people’s perspective who have tons of different behavior and characteristics (citizen-centric).

I did some researches about Smart City based on two journals that I have read from Robert G. Hollands and Laura Forlano and found several interesting insights from both journals. Smart City could help its citizen to be distracted from negative issues so that its citizens do not have to mind with any unimportant negative matters instead of focusing on what should be prepared and solved in their society. Also, Smart City should solve the urban social problem. Basically, it should be beneficial as a whole and not only for one person. Then as you can look at the statement above, a product of smart city is more likely in a form of service, instead of a single product.

Since Smart City Project is not in a small scale, then it needs to be funded by a private company or by its government in order to cope up with the whole citizen. As we can see, the smart city project has a purpose towards citizen in general, then the designer of this project also needs to engage him/herself in the ethical and the political scope in order to deepening his/her understanding about the human behavior in advance. At last, a design should be focusing on non-human aspects since smart city will provides its citizen with several services made by the installation. 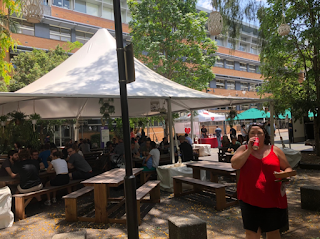 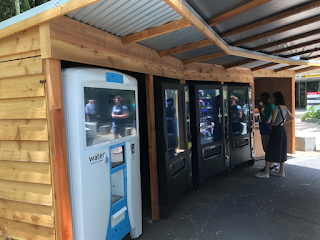 What I am concerning at the Mansfield is on the environmental issue. Most likely, people are purchasing some foods from the food trucks and the waiter will give them paper plate and plastic spoon or fork which will produce recycle wastes.

Next one is the Study Space. What I am concerning in this space is the Health issue because most of the student in here spend their time to study and have a casual or serious discussion. However, they spend a lot of time without doing any exercise which will help them in maintaining body fitness. 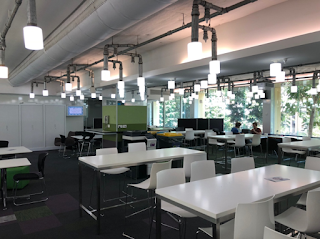 Then, ideas coming over through my head which might be a good initiative to make people living better with the smart city. I have been thinking about a vending machine that has an ability to exchange recycle wastes with something more durable and sustainable, for example reusable food container or stainless-steel spoon/fork. The other idea for the study space is a reminder device for students who have been sitting for more than the predetermined time limit. Then I found out what could be possibly the solution is some kind of a reminder that could be triggered when the user has been sitting for about two hours without any significant exercise. Then, it will guide the user with several steps of exercise from the simplest up to the heaviest exercises. 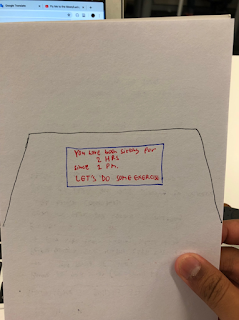 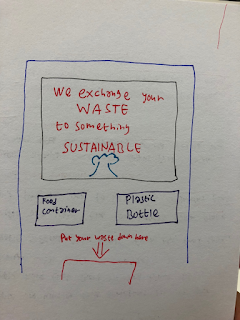 At the end, I decided to propose the exercise reminder for the study space because I found that these days most common problem for millennials kids is facing obesity which is not a good sign for younger people to be suffering. I made the raw concept video which at least it conveys the purpose of the technology existence if it is possibly to be issued to the UQ’s study spaces.

Gratefully, our friends are having a really great insight about how to improve the technology itself. So, what I have found about those suggestions is about how to remind the user to do the exercise. Basically, this technology should force the user to do the exercise instead of pressing ‘dismiss’ button to keep continue to sit and study. Then another one suggests me to read the user’s current situation whether the it is crowded or not, whether it is possibly to do the exercise at the moment or not. Next one is to make the device more personal, well beforehand, he asks about what the implementation will be look likes, either it is from a tablet on the table or something like built-in application from the user’s laptop or desktop. Personally, I would like to go for the tablet one because we can adjust the installation flexibly and we could put more focus on the user’s existence while they are studying on the table. If the user does not exist on the table, then the tablet won’t give any instruction since there is no one sitting in front of it. Lastly, there is question about consideration in doing exercises in certain quiet places. Well, I have not thinking about this earlier and I might be thinking about another solution for this issue.

On the other hand, I also put three critiques to three different videos on padlet. On the video published by Rafi Rizky Ramdhani, I put suggestion on giving a restriction for another student who has not book the room because it will cause another student who has book the room to waste his/her time only to tell them to leave the room. Sometimes, the previous user left something behind such as rubbish which makes the student uncomfortable. Next video is coming from Yue Feng which has the idea to make a pre-order food platform for students who are on a rush to go to the next class. I might add some idea to offer the students delivery services if they are having other urgencies besides taking their lunch or meal so that they can save more time. The last one is a video from Rong Zhang who is proposing a public transportation organizer platform. Well, I have told him that this kind of technology has exist in our surroundings and I give him a suggestion to implement a better idea to combine smart home functionalities and his idea.