We have done the process of Sprint One of the Designing Smart City based on our research and perspective. The next step is the advance one, we will try to find out what are on people’s minds about their expectation regarding citizen-centric smart city. But, before we are trying to reach out another people’s mind, we need to know the basic of smart city first. By asking ourselves ‘what is citizen-centric smart city?’ means we are trying to compare our own parameter about the smart city to people’s mindset about the smart city, even though they are not familiar to this topic.

When I was thinking about the smart city, I had been thinking about five outlines or basic definition about smart city. First and Second, it displays data to citizen in order for people to take some beneficial things from the data being displayed. Third, it also helps its citizen to provide some solutions by collecting and processing data from the citizen themselves. Fourth, it is the technology which helps citizen’s daily life. Lastly, I defined it is a technology to satisfy citizen needs. 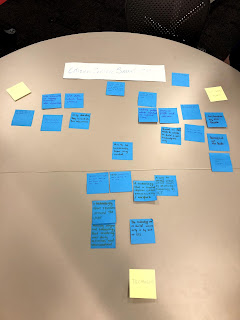 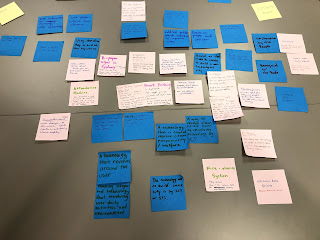 Once the definition has been defined towards three aspects, the technology needs to be defined as well to give us a broad idea about smart city with the deeper understanding of it. Most of my ideas is toward the citizen and technology aspect, as I had mentioned City Cycle, Mineral Water Vending Machine and Electronic Road Pricing. Overall, the rest of the attendees had created ideas which were satisfying those three aspects. So, basically our class agree that smart city needs to be related to data, citizen and technology. 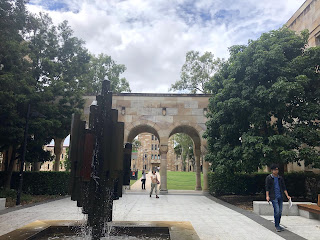 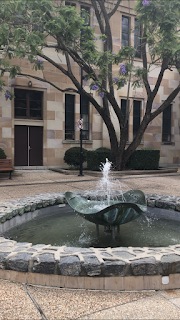 Our supervisor had told us that we are going to be dealing with de-identified data that consist of number of students who logged themselves to UQ access point and students’ current location based on the location that they are logged into. Also, our supervisor had decided two great spots that could be possibly where most people go through by in their daily life at UQ St Lucia campus. The first spot is the fountain water between UQ great court and Physics Annexes building which interconnect UQ main buildings in UQ surroundings. The second spot would be the fountain water besides Merlo coffee shops which connects UQ great court with buildings located in western of UQ surroundings. In this occasion, we were requested to do some site survey, collecting some facts, visualizing the future installation look alike by visiting both actual site. However, our time is up and will be continued on the following day. 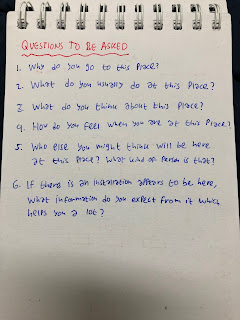 The following day, continuing our previous design process from both sites, we are requested to conduct a deep survey to several respondents who are coincidentally passing through the spot. Previously, we had been asked by our supervisor to create five or six questions regarding the respondents related impressions, feelings and expectations about installation around that spot as I have displayed above. In this occasion, my team had decided to conduct the survey at the Physics Annexes building since the other group had decided to do the other one. 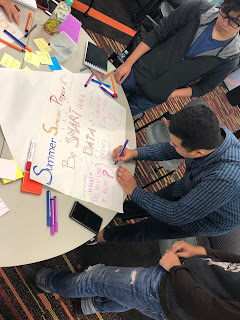 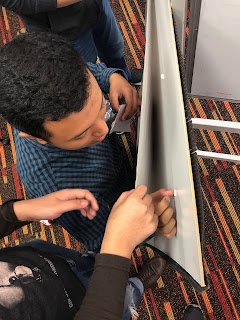 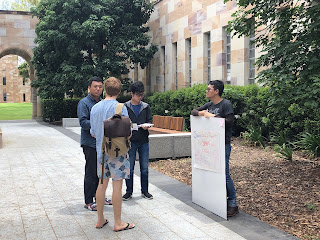 Figure 2.5 Creating Banner For Attracting Respondents and Doing an Interview

As a result, we can conclude that activities that usually being done by people are sort of eating their lunch, accessing Merlo coffee at the social sciences library and who wants to get to another building by cutting through the great court. Most likely, our respondents are feeling calm and relax while they are passing through this spot because of the sound comes from the water fountain. At last, they are also expecting a static information to be displayed at the site such as UQ students achievements and a dynamic information such as UV index or weather forecast. Even though their thoughts about information is contradicting to our information that will be displayed, but their thoughts will be useful in designing something brilliant.

Such a great interview with all respondents out there. Their thoughts will be a good insights and suggestion for making our own concept based on people desires to this project. Eventually, I had made two rough concepts about what I have been thinking about building smart city environment in UQ surroundings. At the time, I was keen on creating smart city environment in physics annexes building because of its location connecting five different libraries. 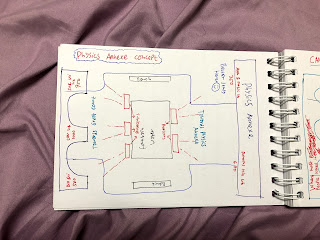 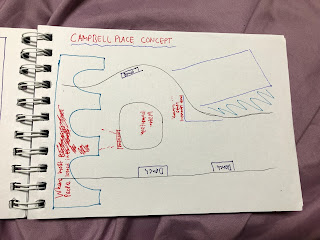 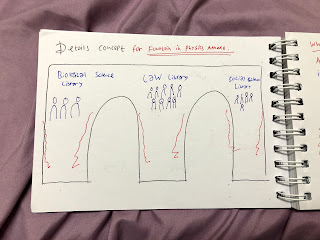 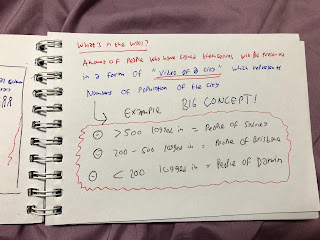 First concept that I have been thinking of is called Screen of Logged in Library. This concept is basically going to show people who are passing by the fountain by giving them current condition of the library (whether it is crowded or not) by giving them a video of big cities or small cities. While people are walking, they will be having sort of consideration in choosing which library they should take for studying or any kind activities while they are in library. Second Concept that I have been thinking of is called Places Recommendation. This is not my favorite one, but I am sure this one is also necessary to be implemented. This concept will be installed in Merlo Coffee fountain water and utilizes two sides of wall that display recommended places in UQ and recommended places for study in UQ based on the most logged in location data in UQ. 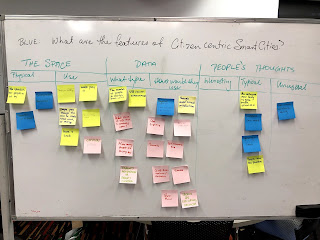 Figure 2.7 Deep Analysis From The Research

Meanwhile, we are also analyzing the results of our research that had been taken from respondents. We divided our analysis into three integrated sections which are The Space, Data and People’s Thoughts. There are several things that I have mentioned above about the respondents’ answers regarding our questions and I might add just a little bit of additions. In order for them to be attracted with our installation, it needs shade in order for them to prevent of sunburn while using the installation. Also, they would like to use the installation if it has something that will draw their attention such as laser, lighting, sounds or combination between audio visual. There is also one interesting thought from our respondent which was utilizing robot machine for human and technology interaction. 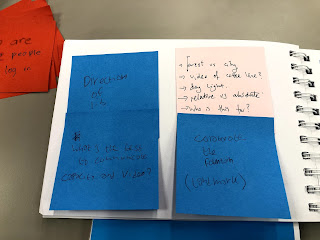 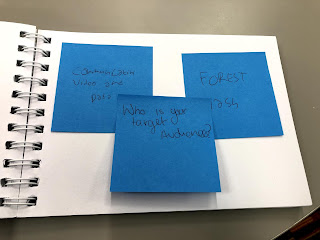 Figure 2.8 Feedbacks From Colleagues After The Concept Presentation

After we did some advance analysis on our research and creating rough concepts for the future installation, it is the time for us to grab the researcher’s attention by giving them sometime to look on what we have done so far. We had been presenting to seven of our colleagues in UQ Co-Innovation Center who have been experiencing many things in design thinking and producing a design. I did some presentation for them for both concepts that I have made. While we were doing our presentation, they were giving us some feedbacks and comments regarding our concept in a form of question and straight forwarded comments to the concepts. Overall, they had been asking about my targeted audience that seems not clear enough for them. Then, the elaboration between data and the video that I have chosen which needs to be more communicative so that the targeted audiences will not have to asking the meaning again. One of my colleague also suggest me to make the video into something more distinguished so that people can differentiate which libraries is most likely vacant instead using city comparison which does not related to libraries vacancy. Finally, one of them wants me to elaborate the existing fountain water with the installation that we will working on. 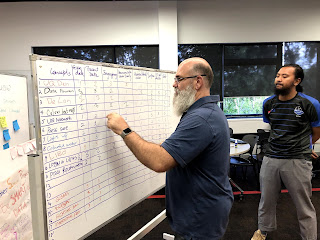 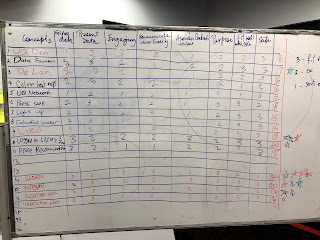 At the end of the session, like it or not, we need to choose top seven ideas that might have the best potential to be implemented by our groups in this class. In order for us to create a better way in making a decision, we defined eight different aspects that need to be satisfied by giving each one of the aspect score from one up to three. Higher score means that the installation has satisfied all of eight aspects. Once we had done with the scoring, the students need to give two stars for the concept that they might concern for getting into an advance development. As a result, we have our top seven concepts that soon to be implemented by both of groups in this class.